The Diagram Prize is probably the most prestigious and sought after award in publishing.  Probably.
It's organised and presented by the infamous and highly respected Horace Bent, a time served Old Skool publishing journalist at The Bookseller, the UK's main trade magazine.  The award is given to the book (and it has to  be a real book, none of this short-run self published three copies ever bought nonsense) with the oddest title.
This year's shortlist is:

All great and worthy entries I'm sure, but there's really no substitute for voting Crochet.  My reasoning, in the spirit of the competition, is thus:
The superb juxtaposition of relativistic equations and traditionally feminine handicraft skillfully blend against a backdrop of four dimensional hyperbolic space utilising the three dimensional creations of a wool based algorithm in a context of knot theory and non Euclidian geometry carrying a sublimely fundamental and yet simultaneous intimate and accessible viewpoint on the structure of the Universe opening the mathematical structure of spacetime to the casual ovicentric hobbyist.
*DEEP BREATH*
The meta-historical setting of a rural craft invokes powerful images of Einstein's modest upbringing in combination with the sub-metaphorical emotional influence of handmade knitwear leading to a subconscious acceptance of the incongruity self evident in the utilisation of a folded two dimensional yarn construct attempting to represent a geometry including a mathematically imaginary component.
Vote Crochet, you know it makes sense.
In all seriousness, I'm shamelessly pushing this book as a winner because it's a superb book on an astoundingly beautiful subject, both in terms of mathematics, physical theories and handicraft.  In laymans terms it covers (mostly from a crochet/knitting point of view) the stunning results of writing the equations behind General Relativity into a knitting pattern.  It's not as silly as it sounds....knitting patterns are effectively computer programmes for a single strand of wool, and as such are ideal for trying to demonstrate a mathematical idea.  Einstein's theories deal with the idea of treating time as a fourth dimension....but there's no room for one in high school maths.  So he tried using imaginary numbers - ones based on the square root of minus one, and commonly shown on a graph at right angles to "normal" numbers - his little thought experiment turned out to be such an accurate description of reality that the theory has to be hard-coded into GPS satellites to stop them going out of synch by several metres a day.
This book takes the simple but highly imaginative step of trying to show Einstein's fourth dimension by writing it into a knitting pattern.  The results are extraordinarily beautiful, closely resembling coral reefs.  It's a great coffee table book and conversation starter, odd title aside.
You can vote for your favourite at The Bookseller website.
Posted by Geoff at 20:37 No comments: 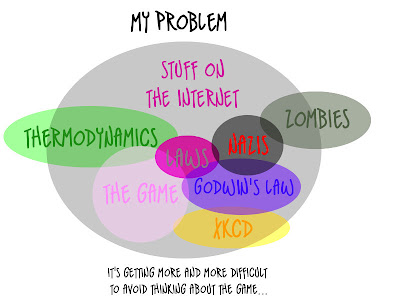 Geeky, I know, but I'm kind of proud of this...a little bit of php that generates a barcode from any 13 digit string. It's most commonly used for book ISBN barcodes, but is also a more generic system (EAN-13) used for a huge number of products, from cheese to tobacco. The code needs a couple of images, stored in a folder called "barcode" - one black (1.gif), one white (0.gif), a pixel or two wide and as high as you want (20px seems to do the job nicely).

The first function converts a 10 digit ISBN to 13 digits (useful in itself), and the second one does the barcode, calling the first where necessary. It presents the final barcode in a borderless table, it seems to sit better in the various places you could use it in HTML or PHP.

It's free to use...credit would be nice, but I'm not going to get stroppy ;)

Click here for a hopefully public link....email me if you want it and can't get to it. There's no [code] tags for blogger as far as I can see yet.
Posted by Geoff at 00:43 No comments: