A Fermi Problem, in case you've not heard of one, is a bit of a game really.  It's a riddle in a way, a question that generally asks for a rough estimate to a technically very difficult problem.  You're not expected to be get the right answer, in fact for many problems if you're within a hundred times the right answer then it's pretty good.  Not to be confused with the Fermi Paradox (same Fermi, different quandry) which is related to the existence or otherwise of extra-terrestrial life.

The point is to show your working.  That's the interesting bit, come up with a wild guess, but base it on a few real life factors.

So my problem is this:

Music is finite.  If you're fairly strict about the standard rules of western music and the range of human hearing, then there's only so many combinations of notes.  "All the tunes possible" is a very big, but finite set.

If humans continue writing tunes and expanding at their current rate then when will we have used up all the music? 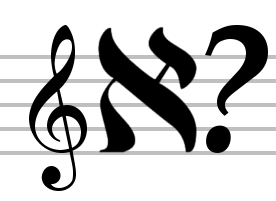 Obviously, you could just make the tunes longer and longer to get more and more of them, so I'm also going to place a time limit on "All the tunes possible": you've got a maximum tune length of nine minutes forty eight seconds.  If it was good enough for Bat Out Of Hell it's good enough Fermi.

Hit the read more link for my proposed answer...

Human hearing runs, approximately, from 20-20kHz, or around ten octaves, so that's 80 different notes.  Given flats and sharps and silence, let's call it 160 notes.

The closest you can play two notes and hear them as discrete tones rather than one combined note is....oh I don't know, erm...1/20th of a second?  Sound about right?  So that's 160! x 20 possible different one second bursts of music.

So if the human race collectively creates one new song every second then we have around 2x10^1653 years left.  The universe has existed for around 13.7 billion years, or 1.37x10^10.

Given the size of the numbers there's not much point in trying to put a date on when we run out...in fact, I think we need a new measurement of time here: "Sofars", as in the age of the universe so far.